If you’re wandering the Calgary Zoo in the coming months, you might stop by Prehistoric Park (PHP)– only to find it closed for the season on November 1. Why? Well don’t worry, these dinos aren’t going extinct- it’s more like a hibernation of sorts….

In 2015 the Calgary Zoo brought back Dinosaurs Alive, a popular exhibit that original roared through Calgary back in 2008. These animatronic dinosaurs breathed new life into the Prehistoric Park, and were a fun addition for Calgarians of all ages. When it came time for the animatronic dinos to leave back then, visitors didn’t want them to go- which means we had to bring them to life again!

We closed Prehistoric Park in the fall of 2014 in order to add some great new improvements and prepare the park to host the dinos again. This year is no different, but some visitors are wondering why we have to shut down PHP if the animatronic dinosaurs are already there. 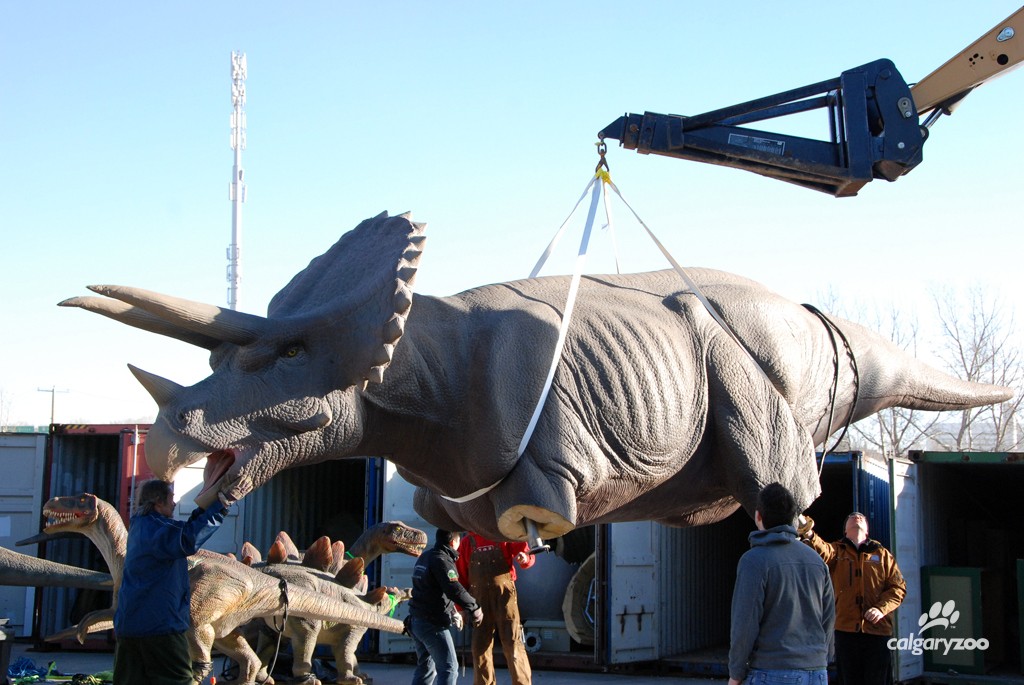 One of the animatronic dinosaurs before it was loaded into PHP. As you can see, there was some assembly required.

Good question! Since we’ve announced that Dinosaurs Alive is staying for 2016, those special dinos will remain in the park during the winter. It’s like they ‘hibernate’… in a special way. We need to remove the guts of the dinosaurs, and all of that precious technology that makes them breathe, move and roar so that it doesn’t get too cold over the winter and become damaged. Our dinos find a temporary home in storage until springtime. 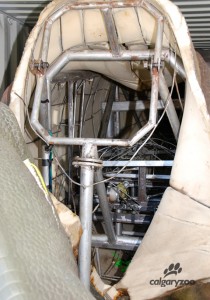 The inside of one of the Dinosaurs Alive models. Those precious guts can’t get too cold in the winter!

So when Prehistoric Park and Dinosaurs Alive start to rumble again in the spring of 2016, you’ll know that hibernation is over, and it’s time to ROAR!