2017 was one of the best years in the 28-year history of the zoo’s whooping crane program, generously sponsored by ConocoPhillips Canada.

There are seven pairs located at the Devonian Wildlife Conservation Centre (DWCC), which is Canada’s only facility dedicated to breeding this endangered bird for release into the wild.

Curator Mike Teller comments, “We have had fertile eggs from three new pairs this year and all seven of our pairs either laid eggs or incubated eggs – a first for the DWCC with all pairs participating in the breeding program.”

Sadly in December one of the whooping crane chicks born earlier this year was euthanized after suffering a spinal injury in the crane habitat. Nine eggs from the Calgary Zoo were flown to the Patuxent Wildlife Research Center in Maryland and hatched on arrival. Another milestone was the release of three of our birds into the non-migratory flock in Louisiana, one in February and two in November. 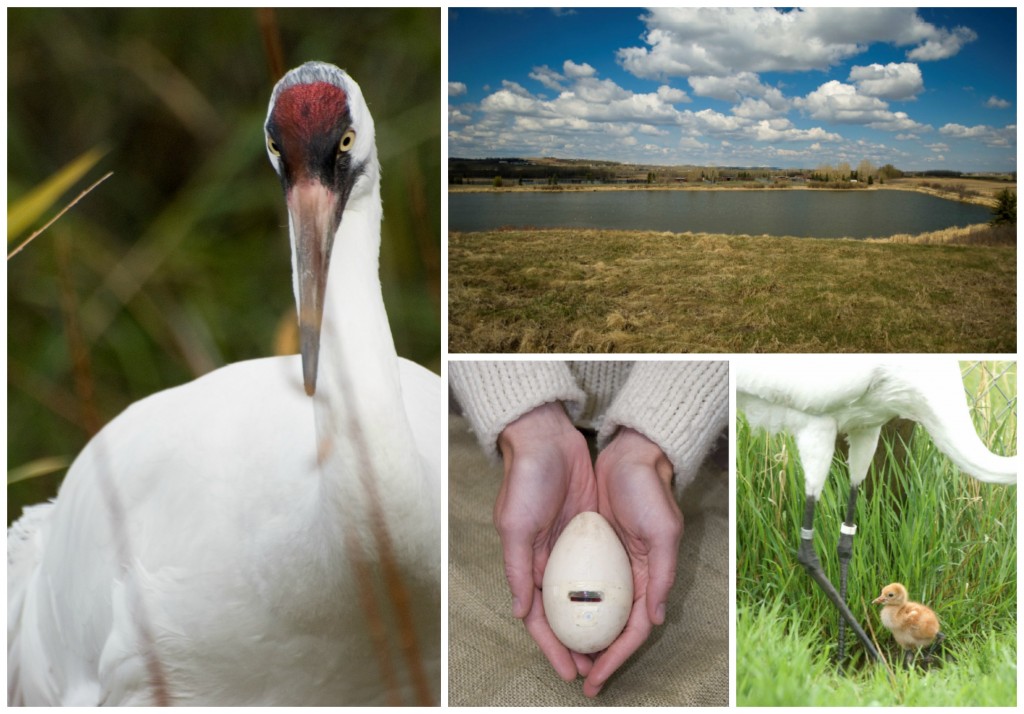 Our Head Veterinarian, Dr. Sandie Black, has been a member of the International Whooping Crane Recovery Team for 16 years and serves as the lead for captive breeding planning for that group. We also conduct research to identify differences between artificial and natural incubation so that we can improve hatching success of eggs and maximize our contributions to the conservation of this iconic species. As a special treat for our visitors to the zoo, non-breeding birds Wallace and Ruby can be seen in a newly renovated crane habitat in the Canadian Wilds! 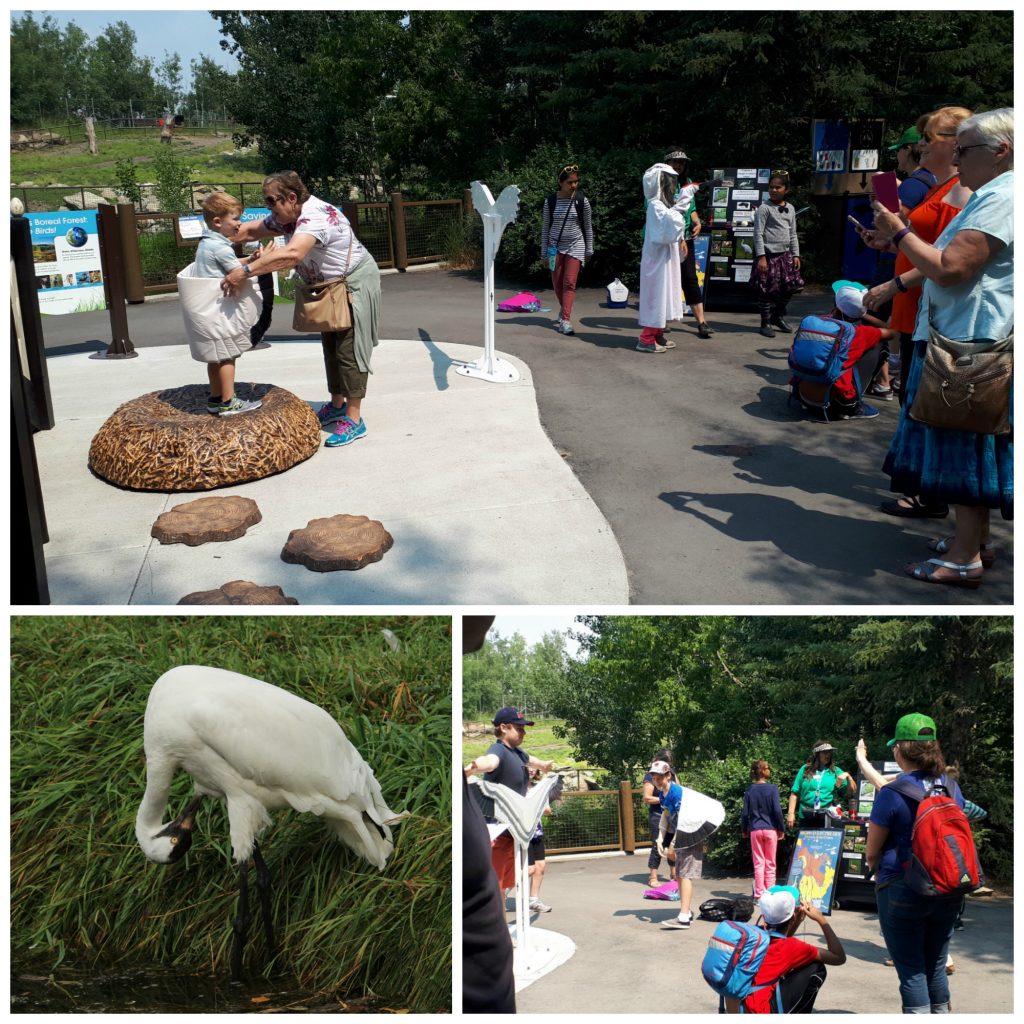 Canadian Wilds is a whooping good time! Stop by the crane habitat and explore the new play items installed during the summer of 2017!

In 2016 the Calgary Zoo along with the International Crane Foundation, the San Antonio Zoo and the Audubon Nature institute won the American Zoo Association’s North American Conservation Award for the whooping crane program accomplishments. We are constantly working to uphold those achievements in the quality of our work with these beautiful birds.

Less than 500 of these graceful birds live in the wild. Thanks to help from conservation organizations such as the Calgary Zoo, whooping cranes have recovered from an all-time low in the 1940s, when the number of wild whooping cranes left in the world dipped to only 21 individuals.

By attending the zoo, you’re helping us keep this conservation work alive.