We’re thrilled to make an announcement – we have successfully breed and hatched greater sage-grouse at the Devonian Wildlife Conservation Centre, which is a first for the species while in human care at the DWCC!

What does this mean for the endangered species?

In an effort to bolster the wild greater sage-grouse population in Canada, the Calgary Zoo is proud to announce the successful breeding and hatching of sage-grouse at its Devonian Wildlife Conservation Centre (DWCC). This marks a significant milestone for these highly endangered birds, as increasing the population in human care will help us to support the wild population in future conservation work.

“Saving greater sage-grouse is important, but it is not easy. I am proud of the progress that has been made in founding a vibrant reintroduction breeding program that can assist wild populations for years to come,” says Dr. Axel Moehrenschlager, Director of Conservation & Science, Calgary Zoo. “With experts, federal and provincial government partners, and landowners we will now reassess conditions in the wild to develop release strategies that can be progressively improved over time.” 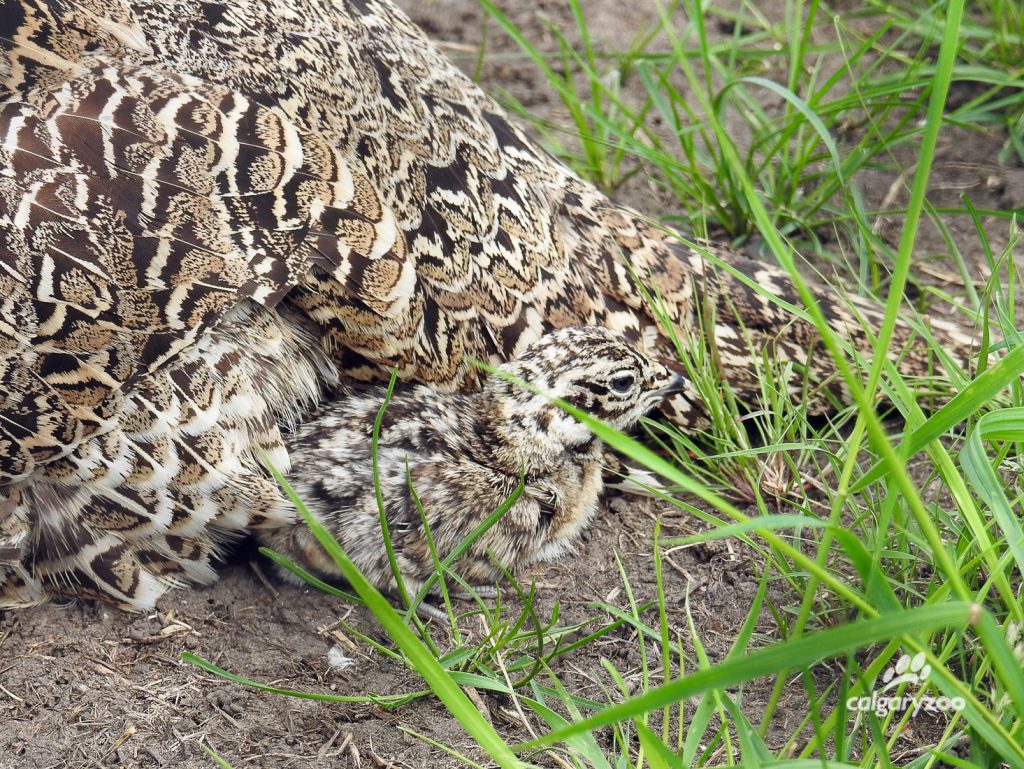 A greater sage-grouse hen sits with one of its chicks at the Devonian Wildlife Conservation Centre.

This year marked the first time on-site breeding and reproduction of greater sage-grouse was successful; currently there are eight hens, six males and 50 juveniles thriving at the DWCC. The success of this conservation breeding program can be attributed to the expertise of the zoo’s Animal Care, Veterinary, Horticulture and Conservation Research teams and its partners who boldly took on the challenge to help save one of Canada’s most endangered birds.

The greater sage-grouse (urophasianus subspecies) is listed as endangered under the Species at Risk Act (SARA). With fewer than 400 left in the wild in Canada, greater sage-grouse are threatened by habitat destruction and human development. There are only five known leks (dancing grounds where mating for this species occurs) of the birds remaining in Canada – two in Saskatchewan and three in Alberta. 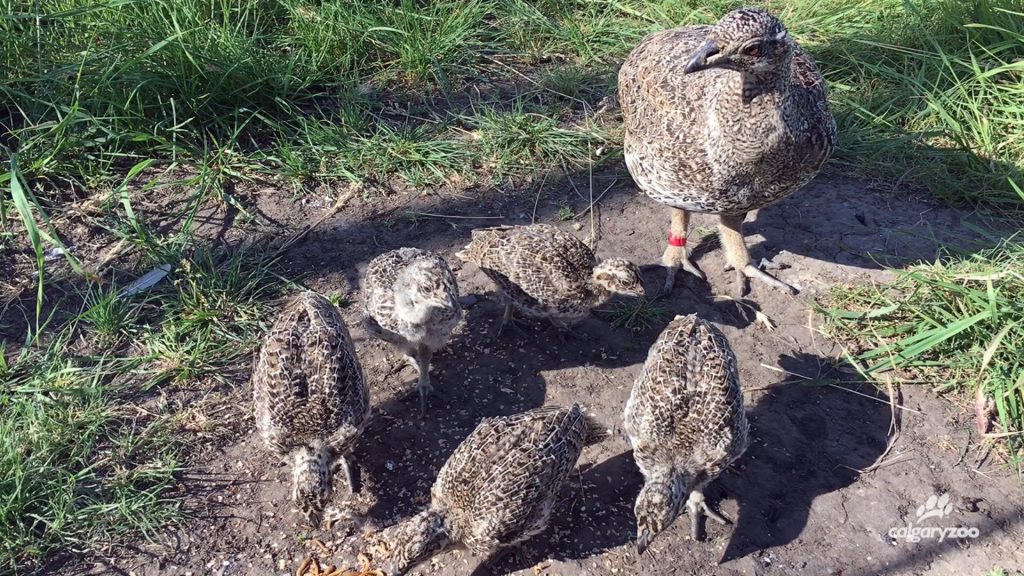 How did we get to this stage?

How can you help support the conservation of greater sage-grouse?

A visit to the zoo supports our work in wildlife conservation, and makes possible our critical work protecting wildlife and wild places. Visit today and learn more about the work of the Centre for Conservation Research at the Calgary Zoo.