2013 was a big year for the Calgary Zoo, as the city of Calgary experienced record flooding- and flood recovery. However, that wasn’t the only big event to occur, as internationally renowned comedian and self-pronounced ‘tall person’ John Cleese paid us a visit.

What animal does a member of Monty Python like?

Why lively and lovely lemurs, of course.

We were pleased to host Mr. Cleese in September of 2013, who was in the city for a comedy tour. Several member of our staff gave the comedian a private tour, and chatted with him about our work in animal SSP’s (Species Survival Plans) and Conservation Research. The actor is a vocal supporter of animal welfare and conservation, and he lent his support to our conservation initiatives. 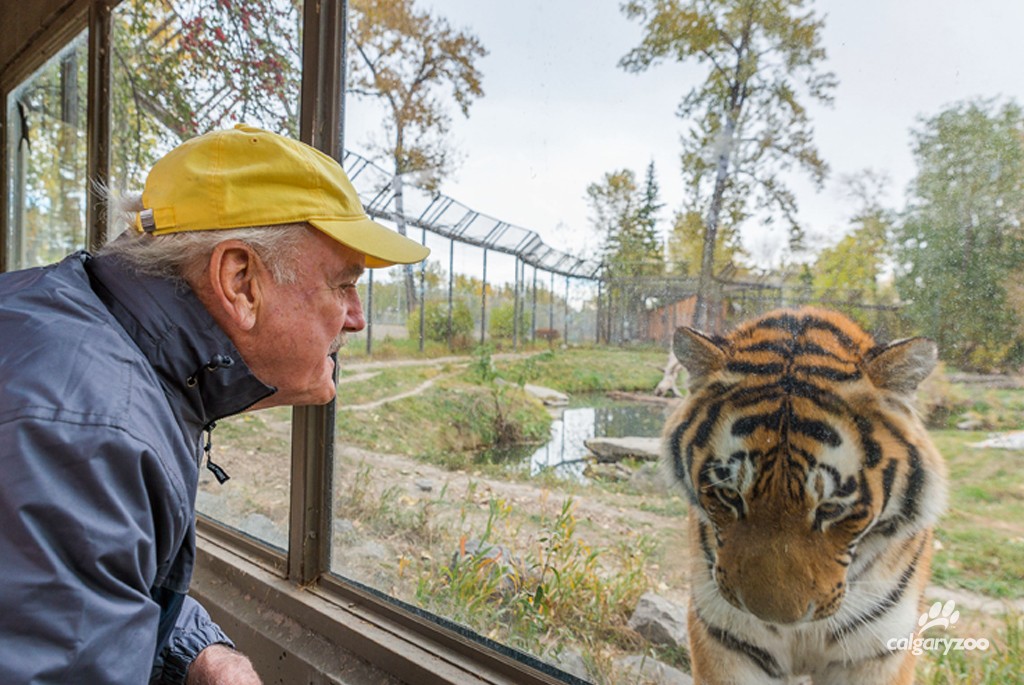 John is especially fond of lemurs; in fact he even has a species named after him! Found in western Madagascar, the Bemaraha woolly lemur (Avahi cleesei) is also known as Cleese’s woolly lemur, and was named after him due to his love for the animal, and his work to help preserve them.

During his visit, Mr. Cleese was pleased to learn about the zoo’s plans to build Land of Lemurs, a grand new walk-through habitat featuring several different lemur species. He even had this to say:

We can’t wait to see this habitat come to life! Learn more about our 20 year Master Plan here.