The Calgary Zoo has welcomed four giant pandas! Panda Passage will open officially to visitors on May 7, so it’s time you get to know our pandas.

The Calgary Zoo is pleased to welcome panda Er Shun to the zoo for the next five years as an ambassador for her species. Of the four giant pandas at the Calgary Zoo, she is the adult female, and will be staying at the zoo for a full five years before returning to China. 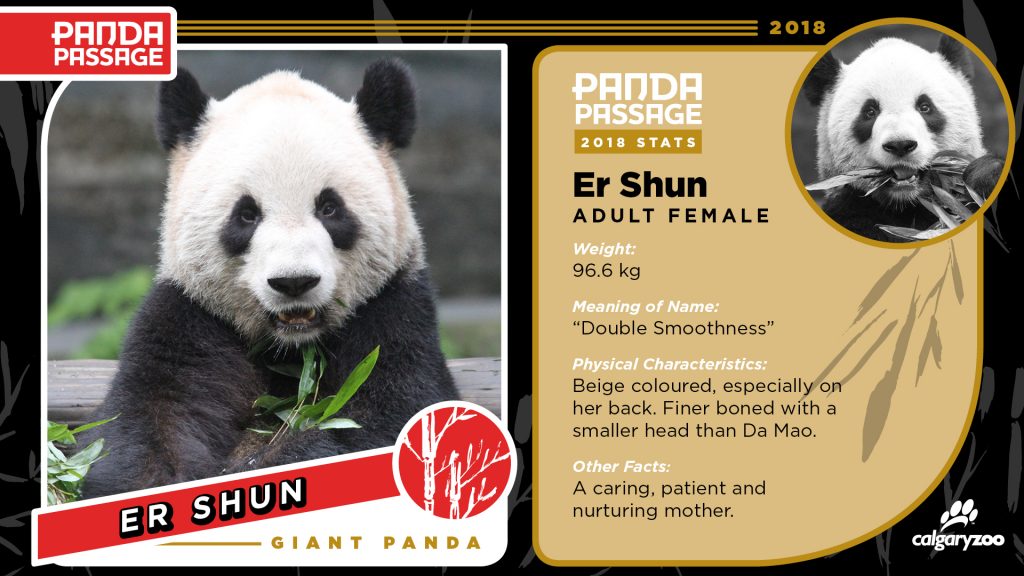 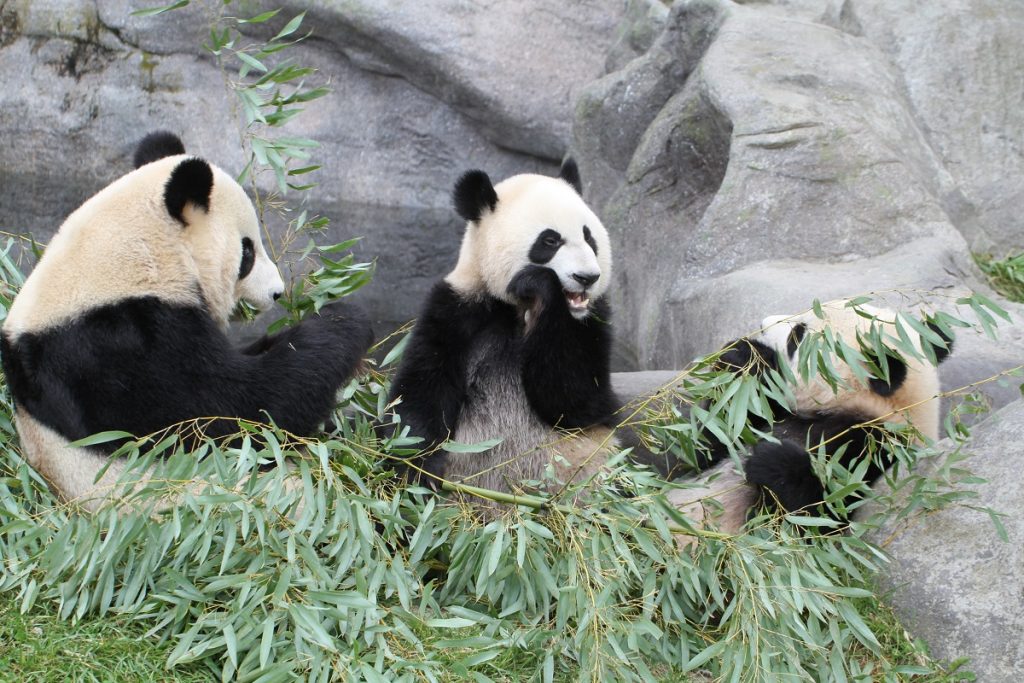 Did you know that over half of a panda’s day is spent eating bamboo, which makes up 99% of its diet? Adult male Da Mao is known to be a picky eater, where as Er Shun is less selective when it comes to her bamboo. While she still turns up her nose at bamboo stalks that don’t pass her inspection, she eats most of what is provided to her, which is a lot; an adult panda will consume up to 38kg of bamboo a day! Er Shun can really chow down at an impressive pace, so make sure to watch her strip the bamboo. 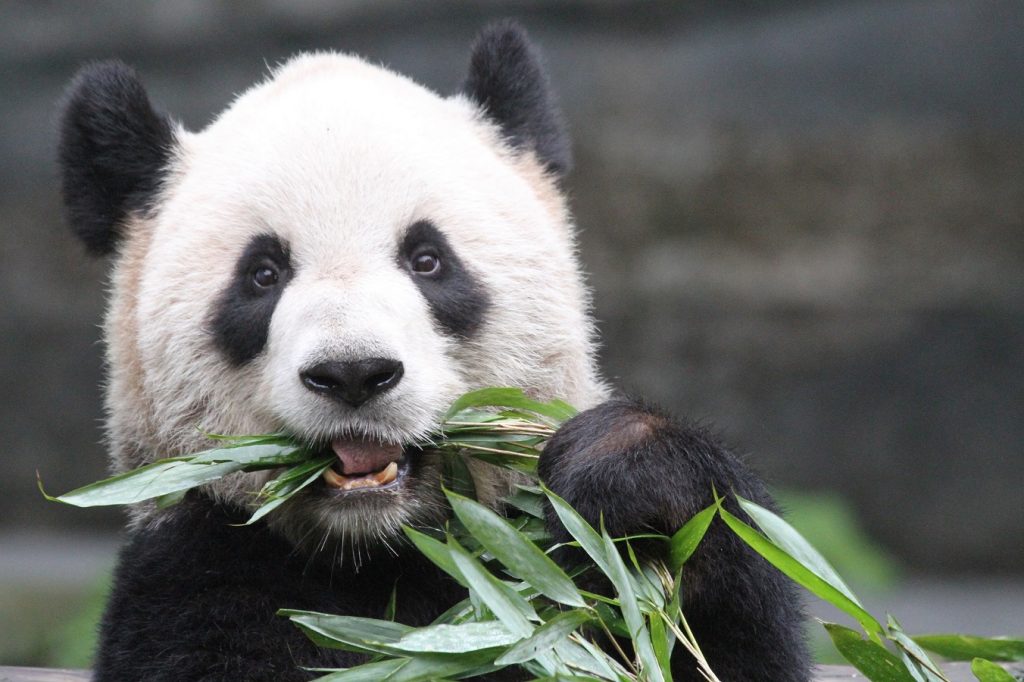 Keep an eye out for the way that she interacts with her two cubs. Even though the cubs would have already weaned from Er Shun in the wild at their age, she still shows them patience, and will engage them in play. They can be seen wrestling with mom and even stealing her food- when she lets them. Check out videos of her below!

These charming and elusive bears are the pride of China, where conservation efforts have helped to preserve the vulnerable species. The Calgary Zoo is working in collaboration with the Chengdu Research Base of Giant Panda Breeding in Szechuan, China; an internationally-recognized non-profit center focused on panda conservation research and breeding. As a valuable adult female, Er Shun is part of a breeding plan, and we hope to breed her during her stay here at the Calgary Zoo.

Engage and Inspire zoo members get a home-court advantage with fun sneak peeks and member previews from April 27- May 5 – which means panda visits before anyone else.