Better than a bun in the oven!

If you haven’t heard the wonderful news, Kioja the gorilla is pregnant! One of our four female western lowland gorillas here at the Calgary Zoo, Kioja is expecting her first baby at the beginning of March this year. Not only is this the first baby for 14 year old Kioja (whose birthday will be celebrated on January 24) but also the first baby for our gorilla troop since 2008, when Yewande captured the hearts of Calgary.

Our excitement for this pregnancy is something that we just can’t contain- we want to share it with all of you! Not only will a baby gorilla be one of the cutest additions to our zoo family, but this is a significant birth in the zoo community. 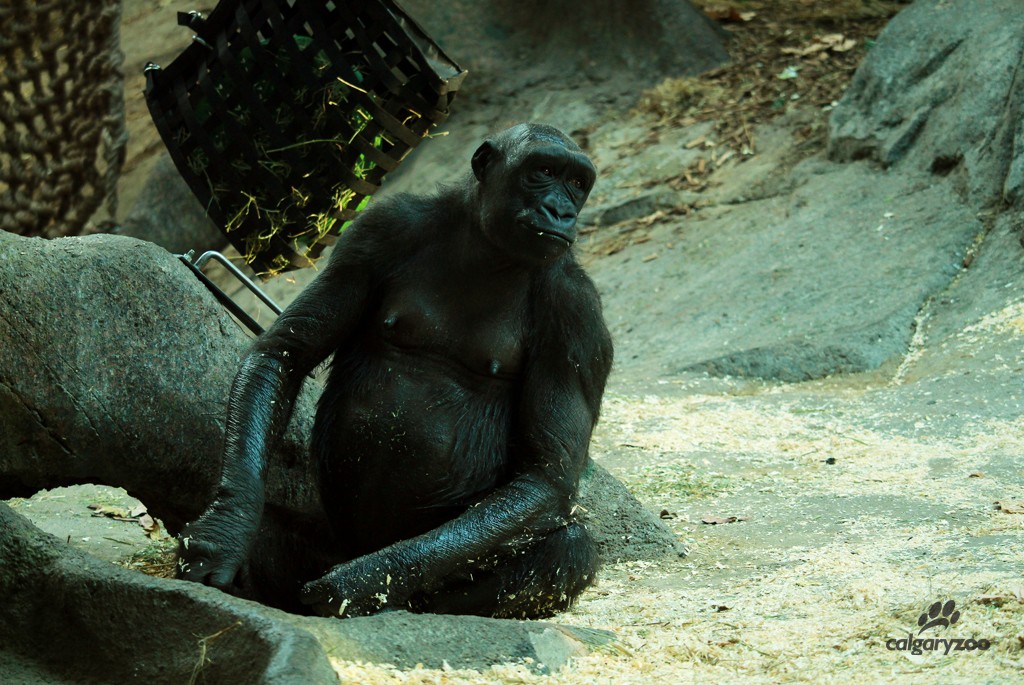 Look at that growing belly! Mama-to-be Kioja is getting bigger every day.

Why is it so important?

Kioja, our mama-to-be is a western lowland gorilla, and they are currently listed as critically endangered on the IUCN Red List. Our gorillas are part of the Species Survival Plan which helps to ensure genetic diversity in captive populations, and may safeguard against the species from becoming extinct.

In the wild, populations of western lowland gorillas are under siege, having dropped more than 80 percent in just three generations! These gorillas face exceptionally high levels of hunting, disease and habitat loss. Healthy babies born in the SSP programs don’t just help the local gorilla population, but the population worldwide.

This significance of the coming gorilla baby is exactly why we have had such a long gap in between our last birth. As part of the gorillas Species Survival Plan, the entire captive gorilla population is very carefully managed to ensure a wide and well represented genetic pool. As with all SSP’s, an accredited zoo must first receive a breeding recommendation before the breeding process starts. We only received a breeding recommendation for Kioja recently, and are pleased that she was able to conceive so quickly. 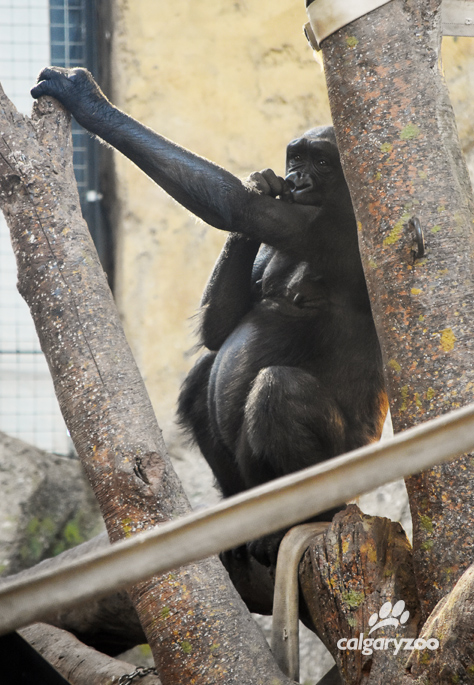 Kioja is pregnant with her first baby, and the zookeepers at the Calgary Zoo are keeping a close eye on her.

Now that she is expecting (and due in almost a month!) she’s become very visibly pregnant, complete with a round belly. The other exciting component of this process is that gorilla pregnancy is very similar to that of a human, so our visitors will be able to recognize many of the stages of gestation as Kioja progresses, as well as many of the behaviors after the baby is born.

We’re so thrilled to have this opportunity to educate our zoo community about the life of gorillas in the wild, and to showcase them as ambassadors here in Calgary.

Keep up to ‘due date’ as we share more in the coming weeks!