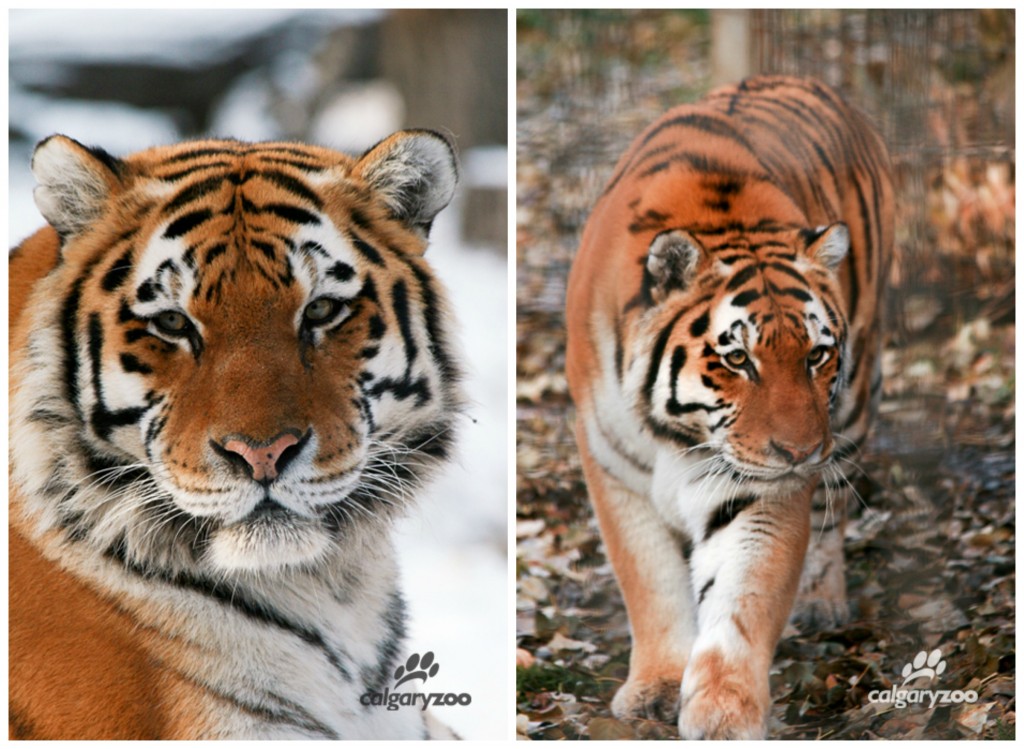 It is with heavy hearts that we regretfully announce our Amur tiger matriarch, Kita, passed away at the remarkable age of 19 Tuesday afternoon. In recent years she had shown symptoms of old age, including arthritis. As the median life expectancy for a female Amur tiger is about 14 years; Kita lived a full and long life and leaves behind an incredible legacy.

Kita was a recognizable figure at the Calgary Zoo since 1999, having arrived from the Toronto Zoo at the age of three. Ever the feisty feline, she was beloved by keepers and visitors alike, and was recognizable due to her large stature and playful nature. Not only was Kita a wonderful member of the zoo’s family, but she was also an incredibly important member of the Amur tiger family worldwide.

Amur tigers are increasingly endangered with only about 350 left in the wild and about 500 in captive populations. Breeding programs like the SSP (Species Survival Plan) are essential to the continued existence of the species and not only did Kita help further the program with her genetic presence, but created a legacy of 21 descendants – which represents about four per cent of the total captive population.

In 2000 Kita and Khasam had four healthy cubs, Marilei, Tsamara, Fedor Eh and Katja. She also had another cub, Vitali, with Lashka in 2007. Daughter Katja remains at the zoo, and has had three cubs of her own; while Kita’s other children have travelled abroad as far as the Czech Republic. In total, Kita gave the Amur tiger population five kids, eight grandkids, five great-grandkids, and three great-great-grandkids, residing across North America and Europe.

While we will miss Kita dearly, we celebrate the long and successful life she led, and the incredible contribution she gave to her species and to those that loved her.