Have you attended ILLUMINASIA Lantern & Garden Festival presented by Sinopec Canada? We’re currently enjoying the second feature week of China, but there’s always something new and fun around the corner. Japan starts October 1- 11, and will feature some incredible programming and performances – including nightly performances by Kenichi Ebina, the Season 8 winner of ‘America’s Got Talent.”

Kenichi is a self- taught solo performance artist who melds sound, light and visual effects into his extensive repertoire of dance styles. He took a moment from his busy schedule to grant us with an interview before his Calgary debut:

Q: How did you get started in dance and performing?

A: “I moved to the United States in 1994 and studied English in a English school which was attached to a college. They had a dance party and I attended. Everyone was enjoying dancing, but no one was technically a “dancer”; everyone was just having fun. At one point, people made a circle and started a dance off and showing off. I was just watching, but there was a moment that I felt like the atmosphere was “your turn”. I was shy, but I had to go into the circle. I did a basic step called the “Running Man” that my old friend taught me back in high school in Japan. Then, I received huge cheers and laughter, and I felt so good!  After that, I started learning dance by watching videos and technical dancers in clubs. I began performing in school events as a solo dancer, but  after I entered college, I formed a dance club and performed at many events with my group.”

Q: What is the best part about performing on stage in front of an audience?

A: “Simply, it’s a lot of fun! I feel great when I see an audience enjoying my performance. I can also get energy from an audience and I can find my identity and meaning of being alive.”

Q: Many of our visitors would recognize you as the winner of America’s Got Talent, Season 8. How did being a contestant on that show change you as a performer?

A: “They found me and invited me as a contestant. So it was simply for my promotion in the beginning, same as other competitions or TV shows that I was doing before “America’s Got Talent”. AGT was just on a bigger scale than other competitions than I was used to. So, actually nothing special from that experience changed me as a performer. But one of big changes after AGT is that while I’m still not super famous or a celebrity, in any country I go, there are some people that recognize me.”

Q: What did you take away or learn from being on big show like America’s Got Talent?

A: “Since it’s big a TV show and a high cost production, the director has strong power and authority, and often tries to change or direct acts to the way he/she wants rather than what performers want. Of course basically it’s his/her profession to help and make acts better and this actually works well for some acts, but sometimes, it works opposite and turns out worse. After the audition round, I was struggling with the director to pursue what I wanted to present. In my case, eventually the director accepted my proposal and my performance worked well, but I had to fight for it in the middle of competition. So basically directors always try to help to make acts better, but sometimes, I need to stick to my guns.”

Q: You’ve said before that your style is “dance-ish.” What different styles or inspiration formed the style in which you perform today?

A: “Well, I like dancing and it’s still my foundation of my performance, but in terms of skill, I’m not so good at dancing. But I use “dance” as just one of the factors I need to entertain. I infuse magic, mime, video interaction, illusions of sound and lights, etc., and I try to present entertainment or performance in general. That’s why I call my performance, “dance-ish”. What I will perform in ILLUMINASIA, because it’s on an outside stage and technically limited, will be less technology involved performance. My performance at the festival would be more dance than technology, but I still wouldn’t call it “dance!”

Q: What can people expect from your performance at the Calgary Zoo? How would you describe it?

A: “I will perform two pieces. The first one is one of my signature pieces called “A day of RoboMatrix”; a day in a robotic character’s life. It’s my most demanded piece; it’s simple and it doesn’t require much technology, but people like it a lot. The second piece is called, “A Tribute to Someone Special” which is a tribute piece to Michael Jackson. The good part of this show is that between these two pieces, I will teach an easy routine of “Thriller” to the audience and then we can all dance together at the end of the second piece. It’ll be a lot of fun!” 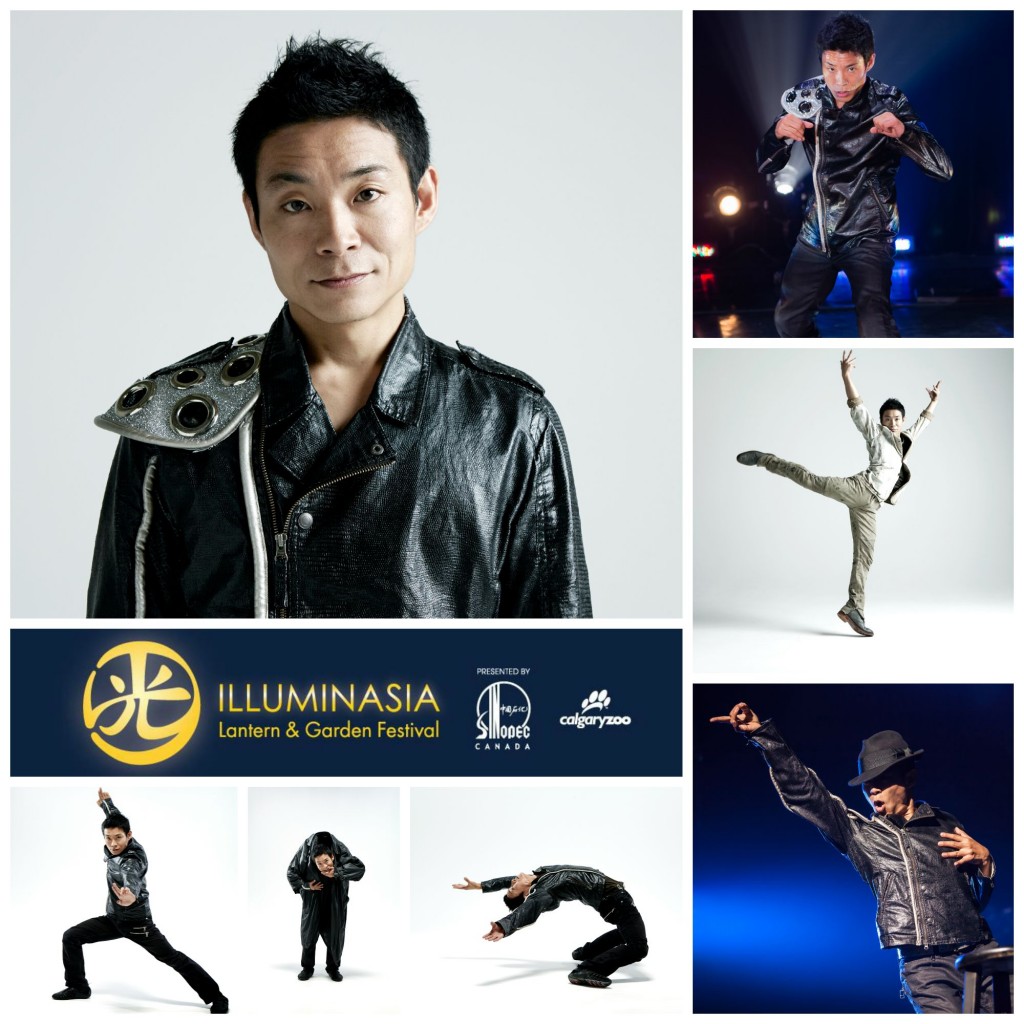 Don’t forget to check out our ‘how-to’ guide to ensure you get the most out of your festival experience! You see, ILLUMINASIA isn’t just a display of incredible 366 handmade Chinese lanterns, but it’s also a celebration of food, culture, art, gardens and fantastic entertainment!