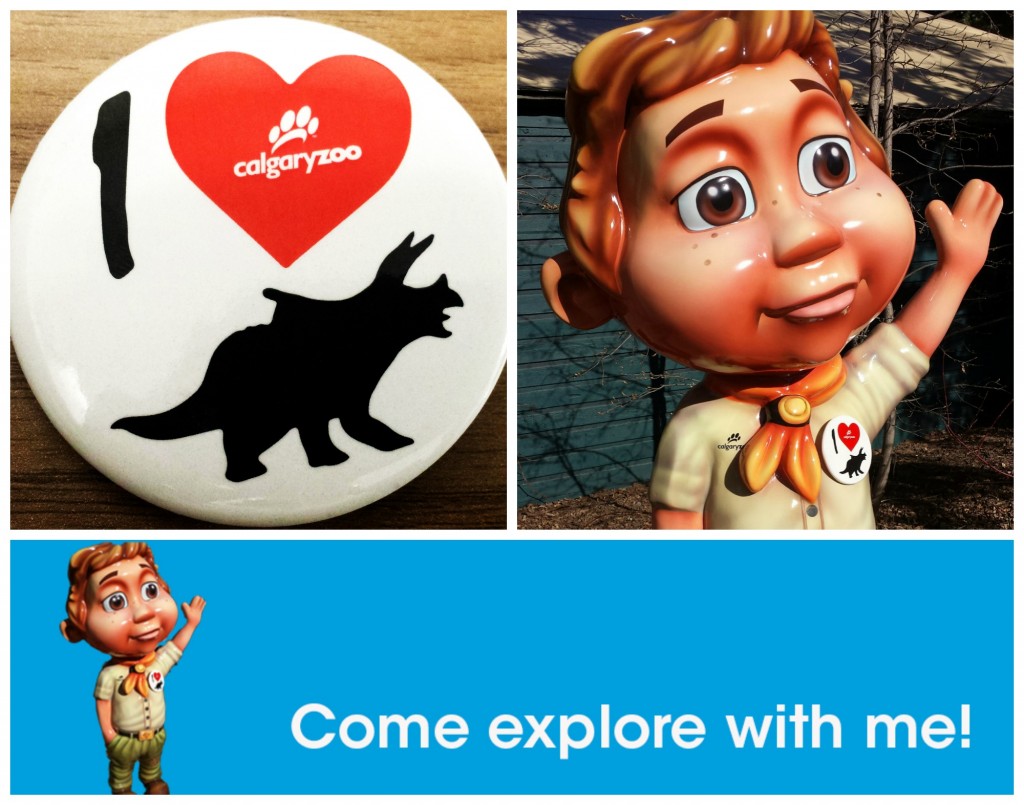 Hi there! My name is Sam and the Calgary Zoo has asked me to talk about the dinosaurs here at the Prehistoric Park.

Why you ask? Because I’m the biggest dinosaur fan ever!!! Just check out my super cool button – that’s a Triceratops on there by the way. Triceratops is pretty much the neatest dinosaur ever……. well except for Tyrannosaurus rex. Oh, and Stegosaurus! Can’t forget Corythosaurus either! I think all of the dinosaurs are all pretty awesome actually. I’m going to be a palaeontologist when I grow up, or maybe a Velociraptor……

Last summer my family went camping to Dinosaur Provincial Park. When we drove out there it felt like we were driving for nine years, but my dad said it was more like two and half hours. When we got out of the car I couldn’t believe how different it looked than back in Calgary! There were giant hills with stripes on them, and it looked almost like a desert. My mom says that we’re lucky to live where we do as Dinosaur Provincial Park has some of the best fossils in the entire world!!!

As we were walking, my Uncle Hank began telling us the story about the time he ate a bucket full of pickles. He was so excited about it that he didn’t notice a rock sticking out of the ground and he tripped. After finding out that he was ok, and laughing at him, I saw that the rock he tripped on was kind of weird looking. I took a closer look and noticed that it was a dinosaur tooth! BEST EVER!!! That was when I fell in love with dinosaurs.

I’m going to spend my summer in zoo summer camps this year! I’m really excited to see all the animals and compare them to how dinosaurs sounded, moved, and even went to the washroom! But most of all I’m excited to see the dinosaurs in Dinosaurs Alive. Hopefully I’ll see all of you at the zoo this summer too!