Sticky Post By Calgary Zoo Posted in Uncategorized With No Comments Permalink
May 13, 2015 Calgary Zoo 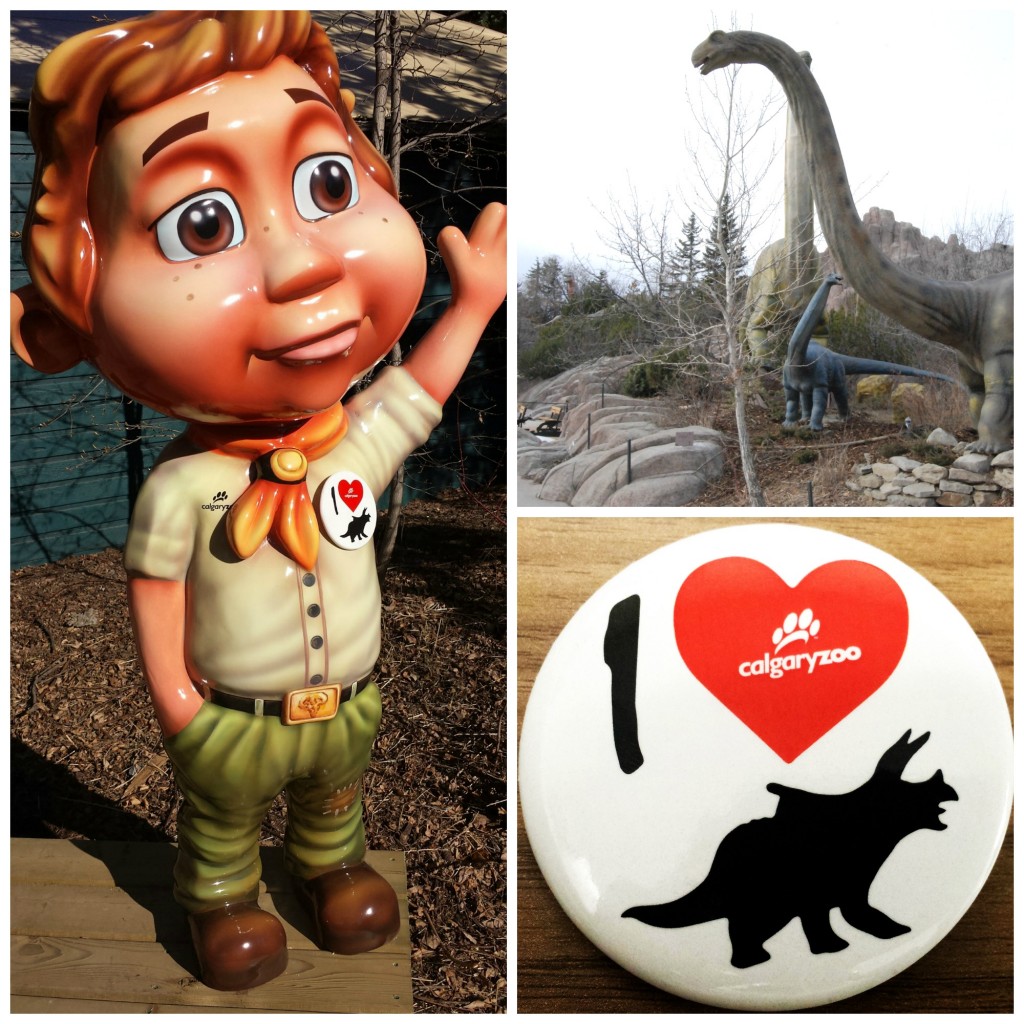 Now that’s a HUMUNGOUS dinosaur! This is Sam, and I’m standing at a dinosaur that’s so big that it looks even bigger than my school bus!

It’s called Apatosaurus and it is called a sauropod or long-necked dinosaur. One of the educators told me that sauropod means ‘lizard foot,’ and I thought that’s a weird name – it’s feet don’t look like any of the lizards at the zoo.

It definitely has a long neck though. If I had a neck that long I would definitely eat right from trees although I’d probably have to look out for power lines overhead so I don’t get zapped!

I wonder how the Apatosaurus got to be so big though. It must have eaten a lot of food – my dad’s tummy gets really big when he eats too much. I think that maybe that worked for Apatosaurus too.

Mom just told me that a sign said that sauropods didn’t chew their food. I can swallow a piece of corn without chewing, but my mom says I’m not allowed to try anything bigger. I wonder how they did it? I see that they don’t have any chewing teeth at the back so they must have a really strong stomach to take care of all of those plants that they’re eating.

The Apatosaurus is very different from the Tyrannosaurus rex that I learned about last week. I can’t decide which I like more!

Download your own field notebook here and record your own discoveries during Dinosaurs Alive!