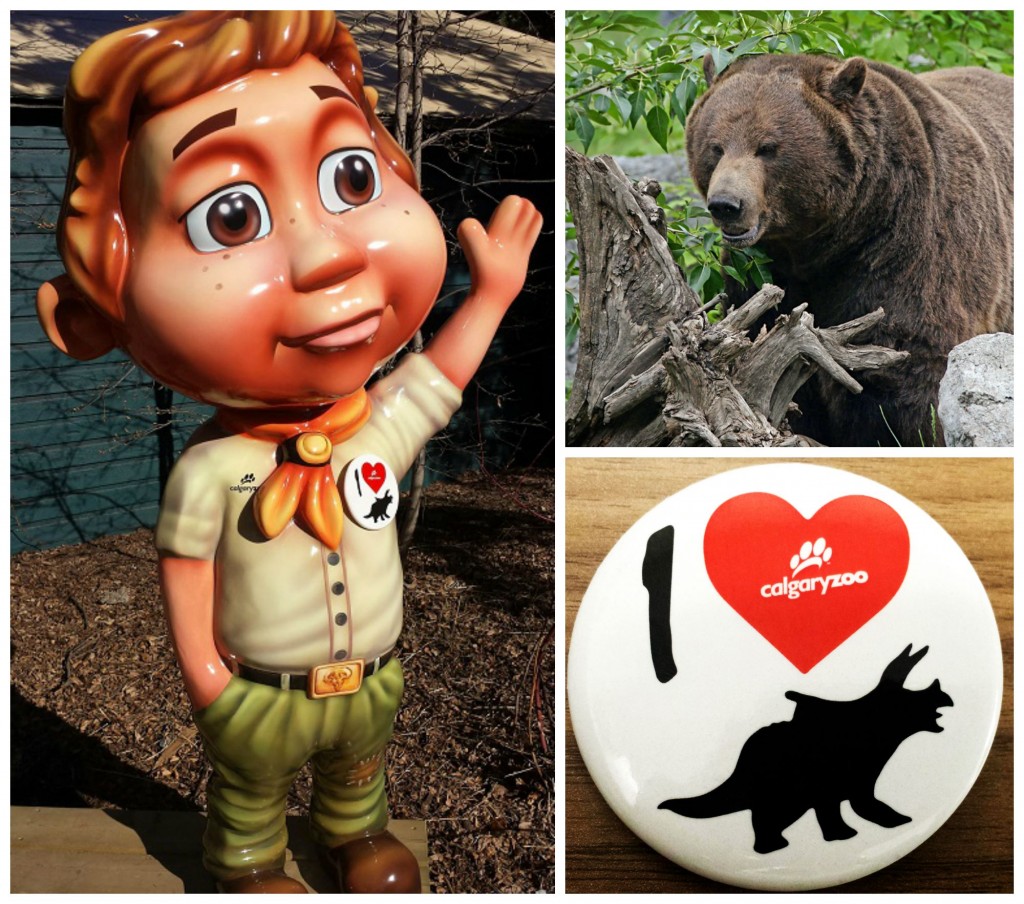 I went to the zoo with my grandparents this weekend, and I learned what dinosaurs and animals like to eat. One of the interpreters told me that there were dinosaurs that were ‘omnivores’- which means they eat plants and meat. I do too (except for broccoli)! One of my favourite animals at the zoo is the Grizzly bear, and I know that they’re an omnivore.

In Prehistoric Park we found one of those dinosaurs hiding in the trees by the edge of the creek. I think that it looked a lot like an ostrich. That dinosaur was called struthiomimus and its name actually means ‘ostrich mimic’– so I guess that’s a good name for it. I remember that struthiomimus had really long legs, and I think that it would be a very good runner. I wonder just how fast it could run? I don’t think I could beat it in a race even though I’m the fastest runner on my block!

It was definitely different than an ostrich because I saw that it had big long arms with claws. I wonder if it used those for catching its food? Its mouth didn’t look like it had very many teeth, and it had a beak, which makes it even more ostrich-like. My dinosaur book says that struthiomimus probably ate plants and meat, which means it definitely was an omnivore. Do you want to know another animal that is an omnivore? That’s right – an ostrich! I wonder if struthiomimus had feathers too? I know that its relatives like the raptors definitely did so I think that it would make sense if they did. I wonder if feathers would help them with running?

My grandfather says that I’m a picky eater- but I think I’m like a dinosaur! Maybe a struthiomimus.