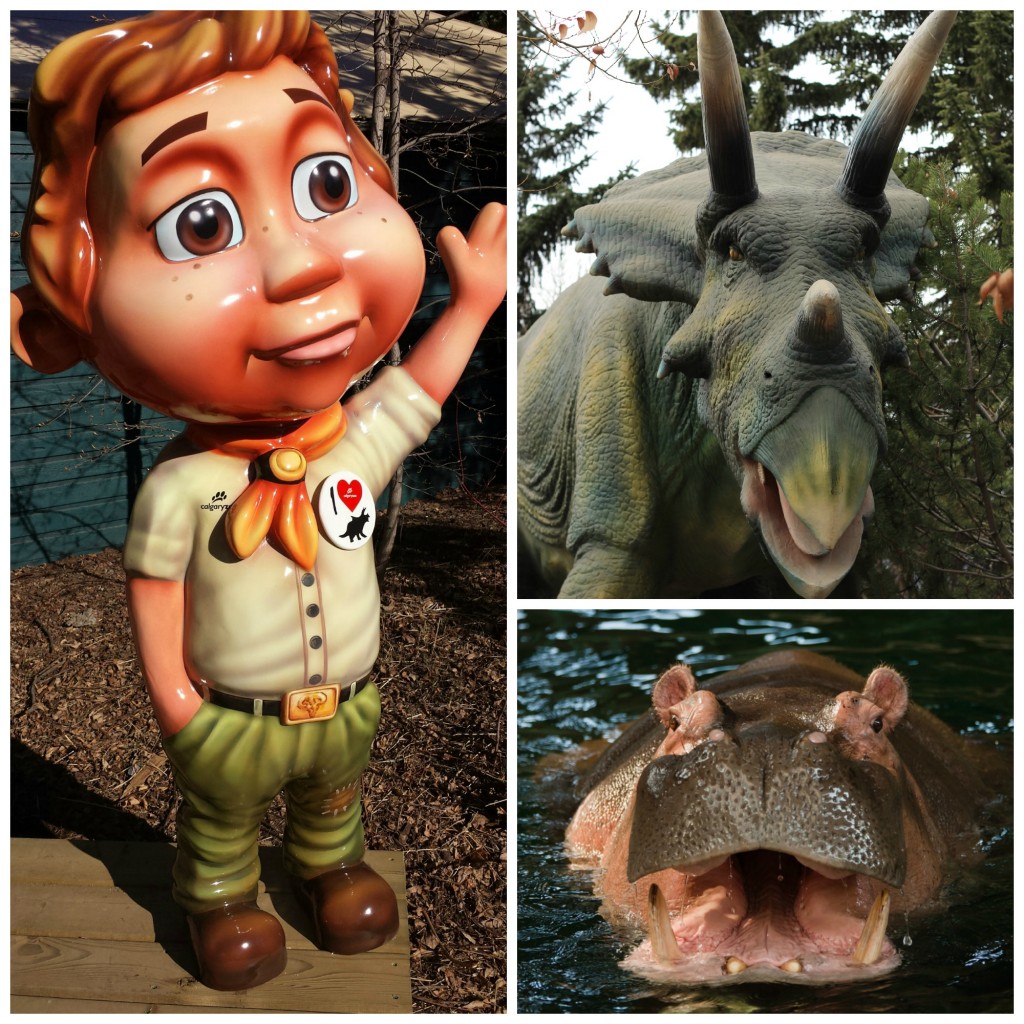 Hello again, it’s Sam coming to you from the Calgary Zoo’s Prehistoric Park!

My cousins are in town – they came to visit the Calgary Stampede, and I wanted to show them the zoo! They were looking for something fun to do before they left, and what’s better than spending a day in the sun with dinosaurs!?

I got to tell them all about another one of my favorite dinosaurs, Triceratops. It had such long horns that I bet no one wanted to mess with them! I think that T-rex would have wanted to stay away from those horns – they’re pointy. I wonder if Triceratops would use its horns to fight other members of its family like I see animals do on TV?  I would never fight with my cousins like that-they’re way too much fun.

Man, look how big its nostrils were! We wondered when Triceratops sneezed who would bring him a Kleenex? Did they have Kleenexes in dinosaur times? I should remember to ask my mom. My cousin also noticed that his mouth looks like a parrot’s – like a big, curved beak.

I think Triceratops eats plants, but parrots like nuts and fruit. I wonder if Triceratops liked fruit too? I guess parrots can fly up trees and it would be funny to see a Triceratops climb up a tree, but they don’t look like they could. I don’t think that Triceratops would have any trouble chewing though – its mouth is full of teeth. Birds don’t have any teeth because that would look weird.

After visiting Prehistoric Park we watched the hippos Lobi and Sparky swimming in the African Savannah. We learned that hippos live in large groups called herds- and did you know that cool dinosaurs like the Triceratops did too? I think that makes my cousins and I a herd!

It was awesome to have them visit with me- what a fun day.