It’s National Zoo Keeper Week and we’re sharing the love! To recognize the dedication and hard work of our amazing zookeepers, we are posting an interview and video of a keeper each day this week. Today we’re chatting with Jennifer, who has a love of primates.

A:  “I became a zookeeper because I was interested in animal behavior. I have a Bachelor of Arts in Psychology, as well as a Bachelor of Science in Biology. I started working in Colorado at Cheyenne Mountain Zoo breeding black-footed ferrets back in 1999. ” 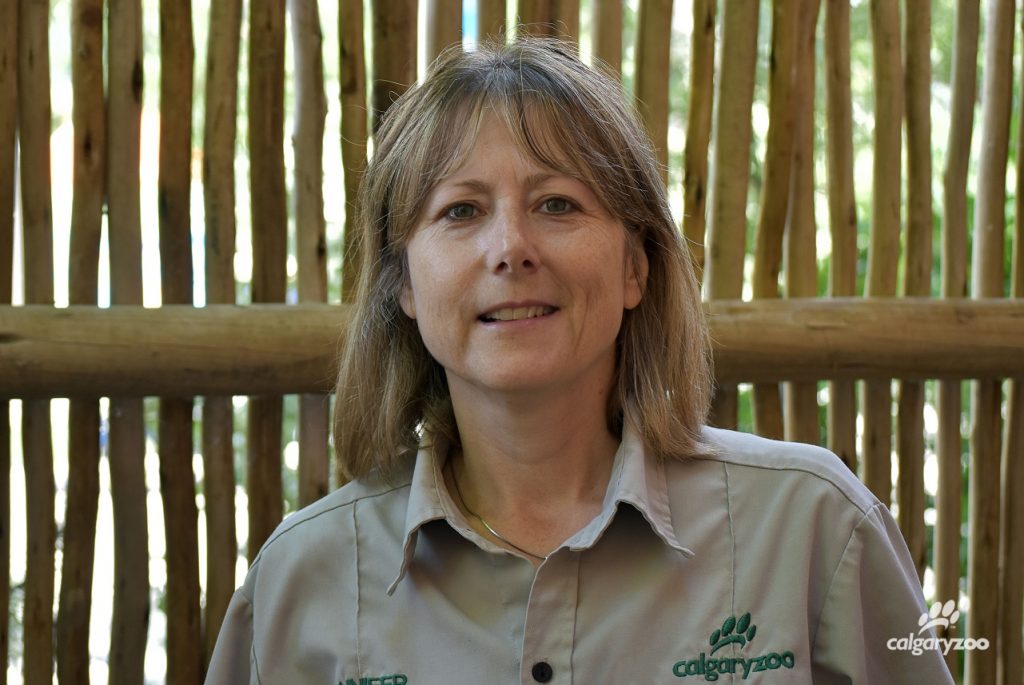 A: “I would say my favourite animals are primates, specifically great apes and lemurs.” 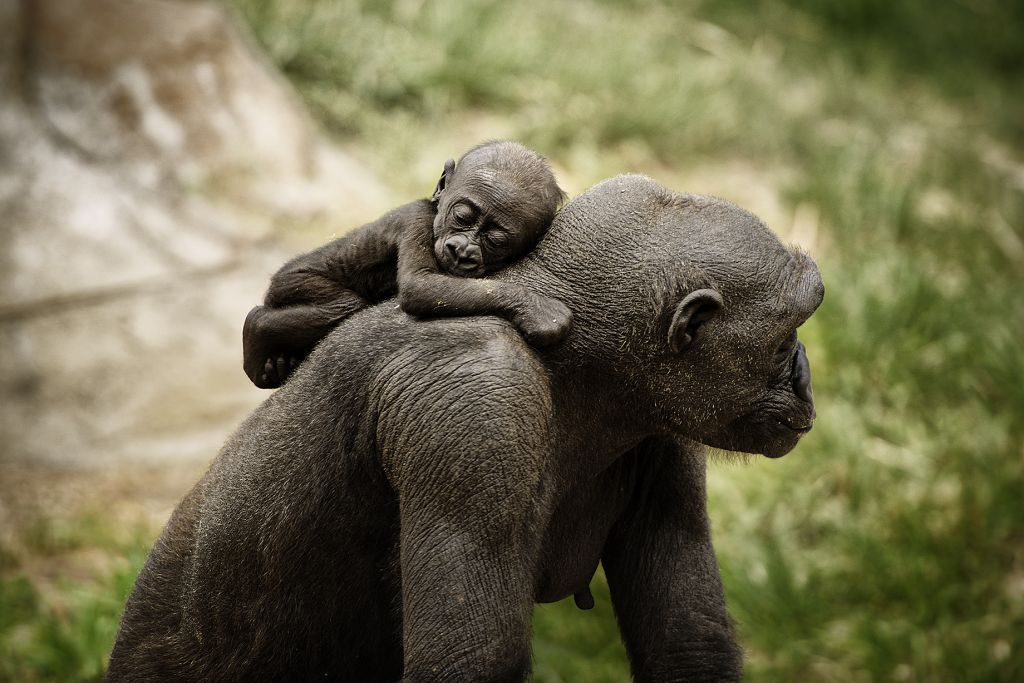 Youngest gorillas Kimani holds onto mom Kioja as she moves around the habitat.

A: “Cool story- it was when I was working with Kakinga, our late silverback gorilla, and I was watching him protect Yewande (his newest daughter at the time). I was bottle feeding her and a stranger approached during a tour of the back area. He wasn’t comfortable with a stranger trying to feed her, so he picked her up and took her away!

I also loved how he tried to make friends with Kioja and Dossi when they first arrived at the Calgary Zoo; he would pass them treats through the mesh during introductions.” 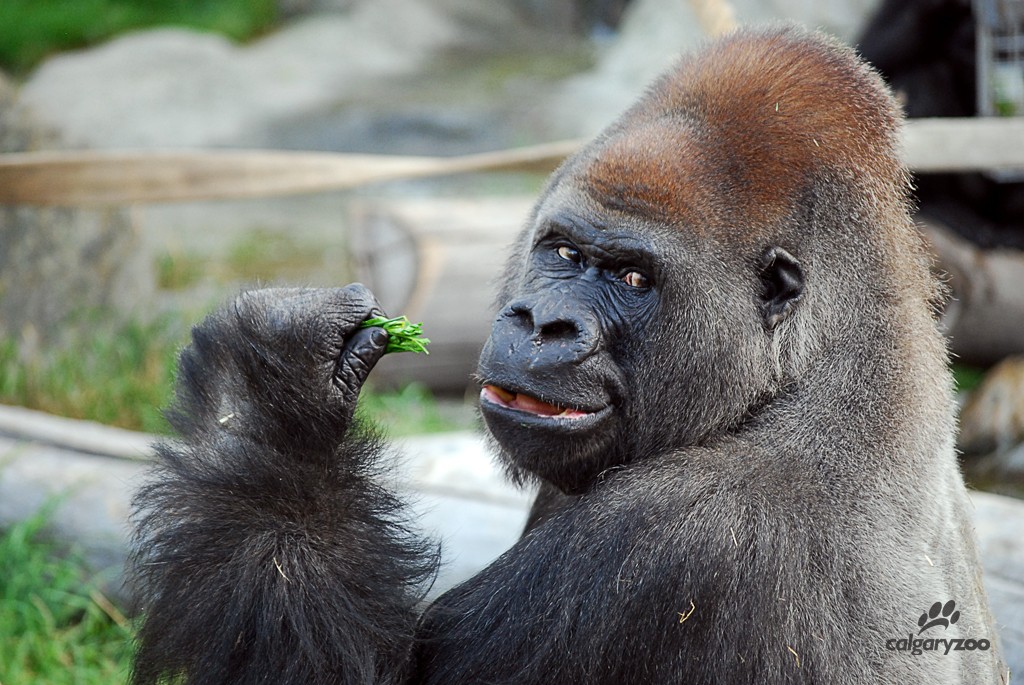