It’s National Zoo Keeper Week and we’re sharing the love! To recognize the dedication and hard work of our amazing zookeepers, we are posting an interview of a keeper each day this week- and this year there’s video! Zookeeper Shannon goes ape for all things gorilla, as their intelligence is both a challenge and a thrill when caring for the species.

A: “I’ve always liked animals, but it wasn’t until I took a primatology course with Brian Keating at the University of Calgary that I discovered my passion for primates. His monkey vocalizations were always entertaining to listen to! The classes were three hours long and they flew by, so that was a definite sign that this was the career choice for me.” 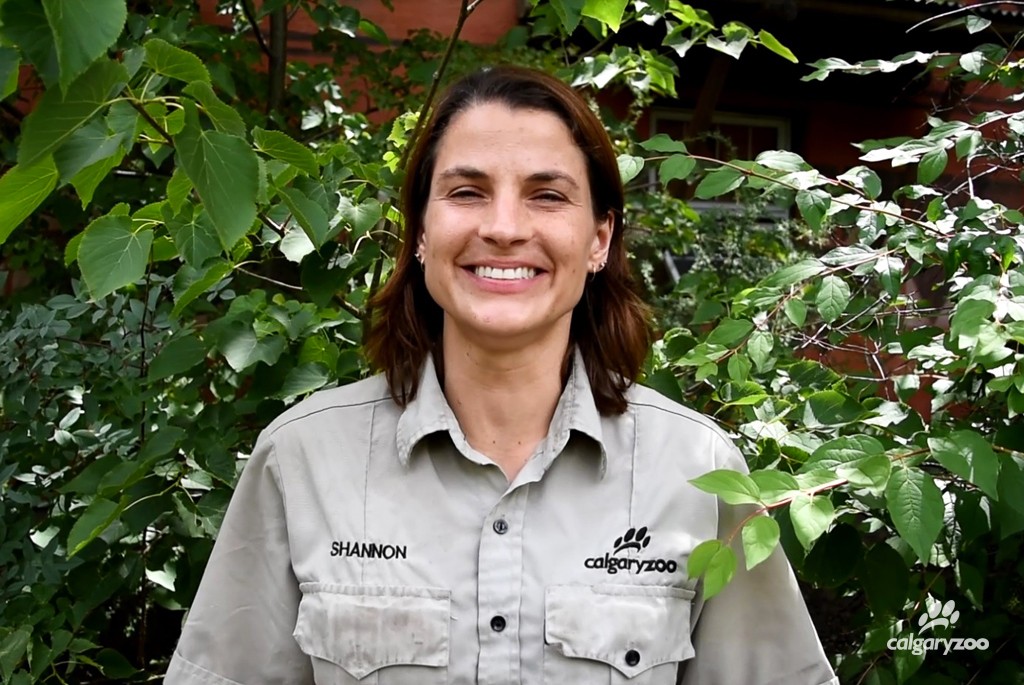 Meet Shannon Collard, one of the featured keepers during National Zoo Keeper Week 2016.

A: “I was hired in the Animal Care department as an on-call keeper in October 2007. However, I had also volunteered with some of the zookeepers for a couple of years prior to this.”

A: “I’d have to say the western lowland gorillas. They are fascinating to work with because they are so intelligent and each has their own unique personality. We have all developed strong relationships with them and I feel very lucky to have had the opportunity to experience this.”

A: “Female gorilla Kioja’s pregnancy and birth of Kimani has definitely been one of my most rewarding experiences. Our team of gorilla keepers worked with her throughout her pregnancy, training her to show certain behaviours with a fake baby. We do this in hope that when the real baby is born, those training sessions help make her comfortable as a mom, and willing for us to check on the baby.

What was the funniest thing about the training was that Kioja wanted nothing to do with stuffed gorilla toys. She wouldn’t even touch them, so I ended up making her an armless, legless “baby” out of fire hose that had a monkey puppet’s head! She wouldn’t touch the head, but at least she would hold onto the fire hose body!

Once Kimani was born, Kioja turned out to be a natural mother, and it is very heartwarming that Kioja (and our wonderful late silverback Kakinga) would allow us to be so close to their offspring.”