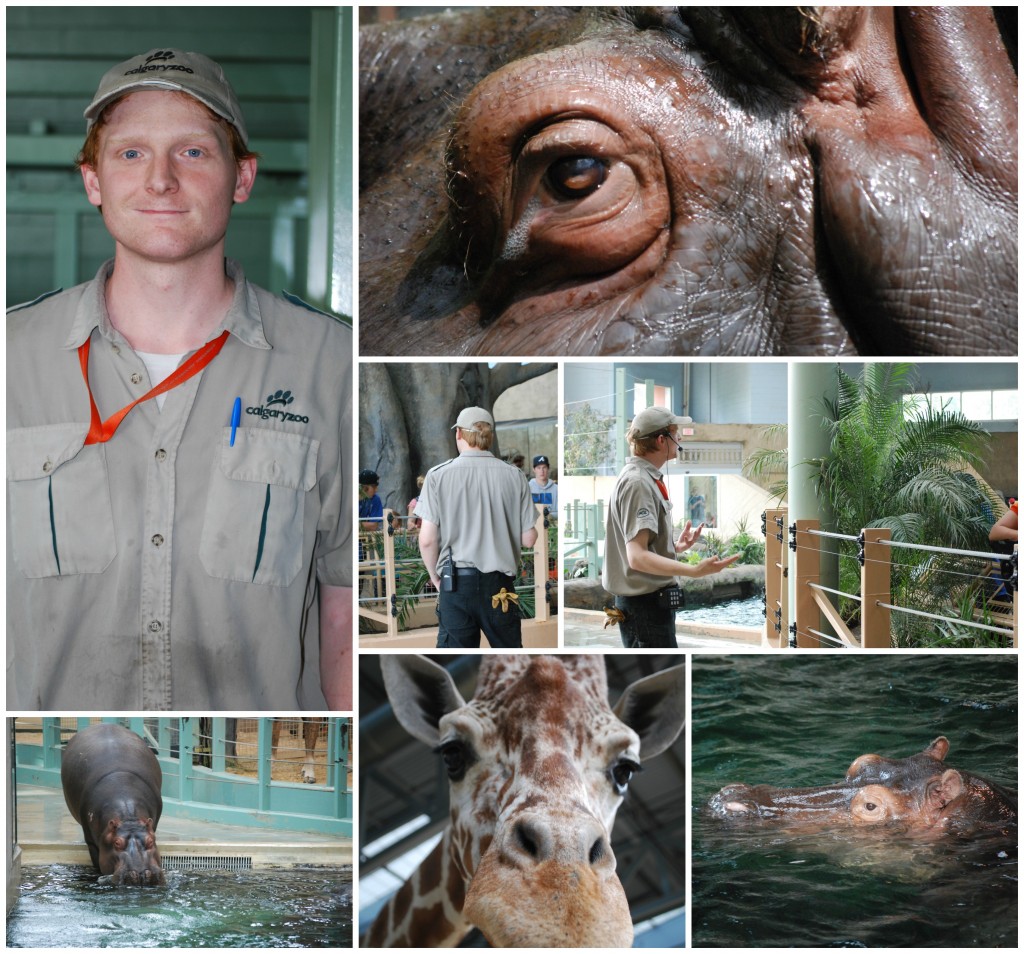 The summer of 2014, we recognized National Zoo Keeper Week! To celebrate the dedication and hard work of our amazing zookeepers, we posted an interview of a keeper each day that week! Check out Patrick below (he’s got a great snake story!)

A: “I earned a Bachelor of Science in Zoology at the University of Guelph. I then came to work for the Calgary Zoo as an Interpreter in the Education department for a year, and then was hired as a zookeeper.”

A: “I officially became a zookeeper three and half years ago- in 2010. Since then I’ve moved around the different sections, working with the bears in the Canadian Wilds, and with the animals in the African Savannah.”

A: “My favourite animal would have to be the one of the reptiles, whether it be the big snakes, or the West African crocodiles.”

A: “There are so many great stories! One day while doing a Creature Feature with Pale Pat, one of our cornsnakes, I wound up having to take my shirt off in front of a crowd of people. Pale Pat had managed to quickly dart between the buttons of my shirt and got about one third of his body inside before I had a chance to react. With so much of his body in my shirt, he had enough leverage and strength to prevent me from pulling him back out the way he came. My only option was to take off my shirt in front of a bunch of strangers, get Pale Pat out and continue on with my talk. The show must go on, and I’m sure it was more of a show than they bargained for!”