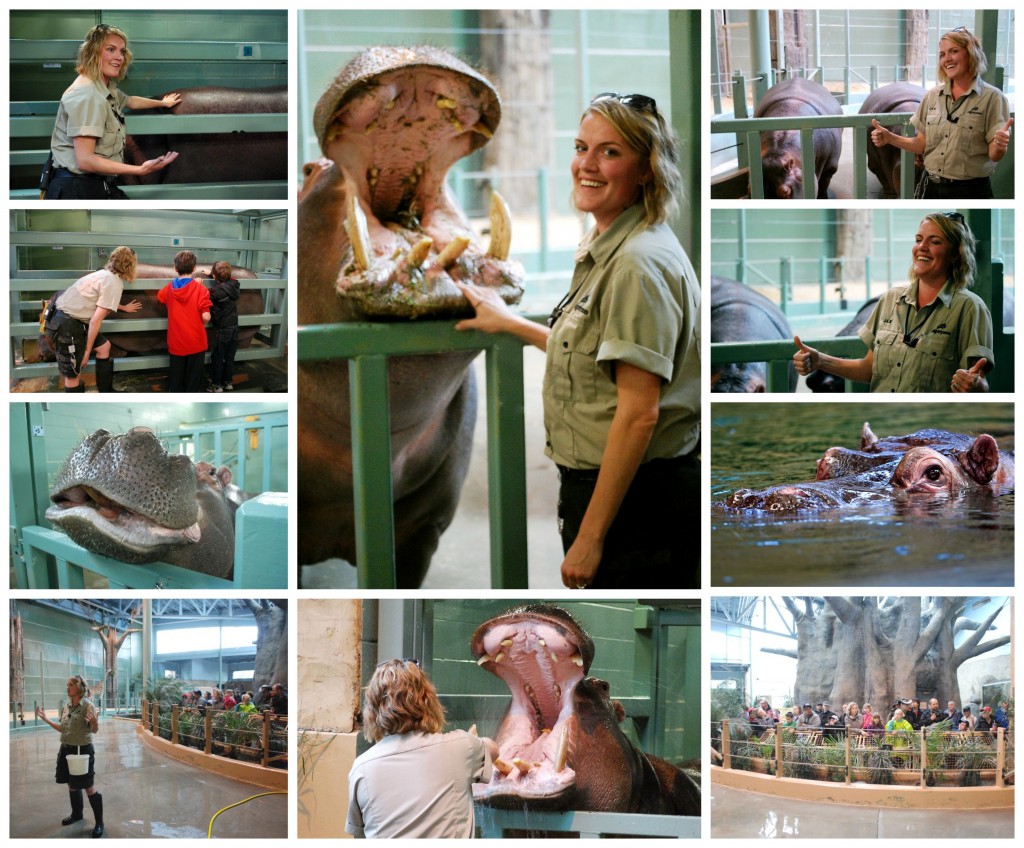 It’s National Zoo Keeper Week and we’re sharing the love! To recognize the dedication and hard work of our amazing zookeepers, we are posting an interview of a keeper each day this week. This keeper had some great stories to tell.

A: “I can honestly say that I knew that I wanted to work with animals in the third grade. I have a piece of schoolwork from that year, and the answer to a question of ‘what do you want to be?’ is ‘ZOOKEEPER!’ All of the schooling and jobs that I took after that were to get me to where I am now. I took a degree in Animal Science from the University of Guelph- which is an interesting story actually. When I was younger, I asked the hippo keeper at Toronto Zoo where I should go to school to become a zoo keeper, and that program was what he suggested.”

A: “Before the Calgary Zoo, I had worked for zoos in Ontario and in Australia. I started in 2009 in the Education department, working with the Koala exhibit as an interpreter. I also worked for the Dinosaurs Alive exhibit the first time it was at the zoo, and other odd jobs- but all in Education. In December of 2010 there was an opening for a full-time zookeeper, and it was the best call that I have ever received. I was thrilled.”

A: “It depends on what section I’m in, because usually whatever animal that I am working with that day becomes my favourite. Each individual animal has their own amazing personality. With such a variety of species it’s impossible to compare them! But I have to say red pandas rank pretty high on the list.”

A: “The three tiger cubs born in 2012 will be a memory I’ll fondly look back on for the rest of my life. I was lucky enough to be a part of the tiger team the day they were born, through until the day I accompanied the males to the Assiniboine Zoo in Winnipeg just before they turned two years old. One specific memory that will always stand out was during their second processing at 13 weeks old. It was a hot July day and I was wearing long pants, a thick winter coat and huge leather gloves up to my elbows. With the mom (Katja) safely shifted outside with food, myself and two other keepers opened up the bedroom door to collect the cubs for their vaccinations, and veterinary checkup. The noises they made were TERRIFYING. You wouldn’t think a 30 pound cub could make sounds like that! It really gave me an appreciation for what they truly are, TIGERS!”