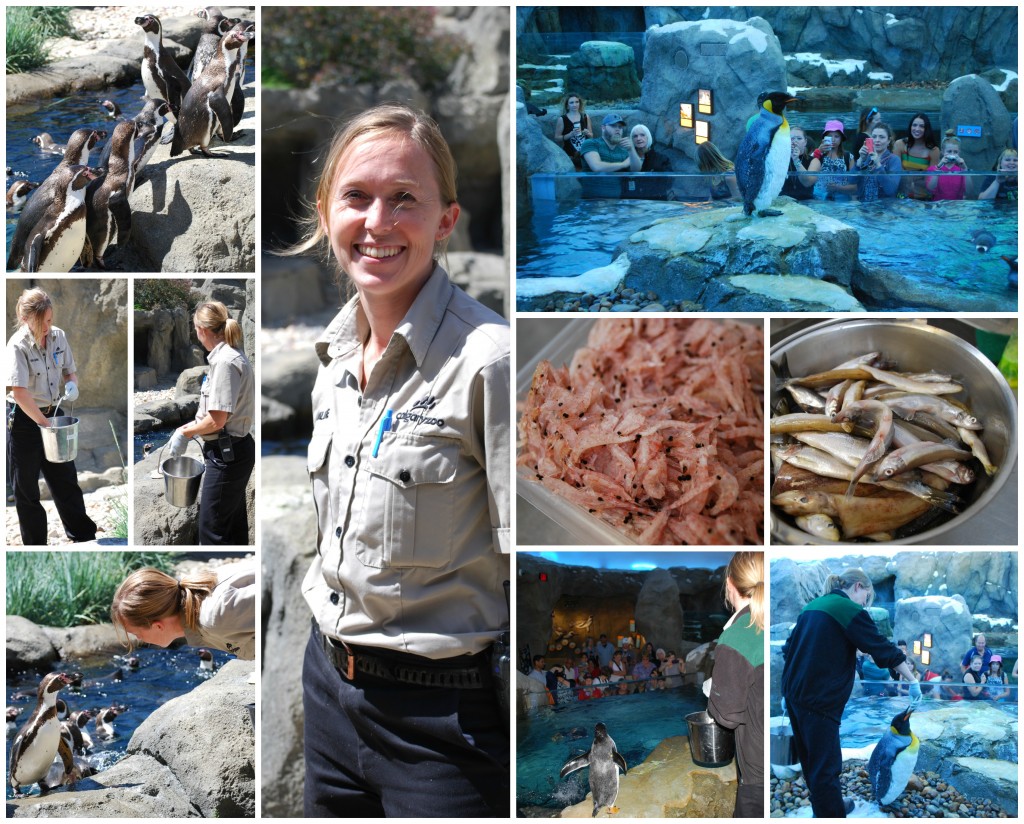 The summer of 2014, we recognized National Zoo Keeper Week! To celebrate the dedication and hard work of our amazing zookeepers, we posted an interview of a keeper each day that week. It wouldn’t have been complete without featuring the work of this hardworking keeper.

A: “I actually began by volunteering for the zoo in 2002, and then while continuing my volunteering I started working in the finance department in 2003. I then joined the Animal Care staff in 2004, and continued to work finance until 2005, when I became a zookeeper full time.”

A:”Of all the animals I’ve worked with at the zoo, gorillas, grizzly bears, lions and otters usually come to mind first, although camels, penguins, condors, spider monkeys, gibbons, snow leopards, Malayan bats, monitor lizards, macaws and many others come to mind too! I’ve been lucky to have so many experiences with so many species.”

Q: What’s your favourite part of being a zookeeper?

A: “It seems like an obvious answer, but working with our animals. I not only work on the island, but also at our Devonian Wildlife Conservation Centre, helping to breed animals for reintroduction. At the DWCC I have the opportunity to work with threatened and endangered animals like the Vancouver island marmot, whooping cranes, and Przewalski’s horses.”

A: “There are so many- keepers like their animal stories! One is from my first day as a keeper, and I was working in Canadian Wilds when our male grizzly bear Skoki walked up to me- I was just in awe at how massive he was up close! I’ve seen one of our Humboldt penguins pushing another along for a ride on a little plastic iceberg, and our western lowland gorillas Yewande and Zuri are always hilarious when they try to catch the bubbles that we blow for them during enrichment. One of my favourite stories was also with our gorillas. When I first started working with them, one female Dossi was unsure of me and wasn’t warming up to me being around her. Our silverback Kakinga came up to her and gave her a talking to, almost as if to say ‘it’s cool, she’s here to feed us!”